Dragon Ball Legends is a free game created by Bandai Namco. It is available to download on Google Play and the App Store. This game is a vast improvement over the previous Dragon Ball Heroes game. The gameplay is a lot more fluid and the controls are better. You can still see some of the graphics from the previous game which is a bit of a letdown but it's understandable why it's there. You can choose to play online or offline. I love the fact that you can choose to play with friends or by yourself. The offline mode is good but I prefer playing online. You can fight a friend or a stranger online and it's very fun doing so.

Dragon Ball Legends graphics are awesome for a mobile game. The game developers have put great effort into making the graphics look very good. As the game is still in development, the graphics will probably be improved later on. The graphics are already impressive as they are.

The game is a 3D fighting game. It gives the player a top-down view of the battlefield. The battles are fast, intense, and fun. The characters and attacks are well detailed. The game has a lot of animations and special effects.

Dragon Ball Legends replayability is good for its current content, but there is a lack of content in the game which will make the player get bored from the game. The game will be better if the player can access new features and content such as new cards, new missions, new characters, new Worlds, and more. 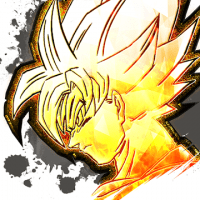