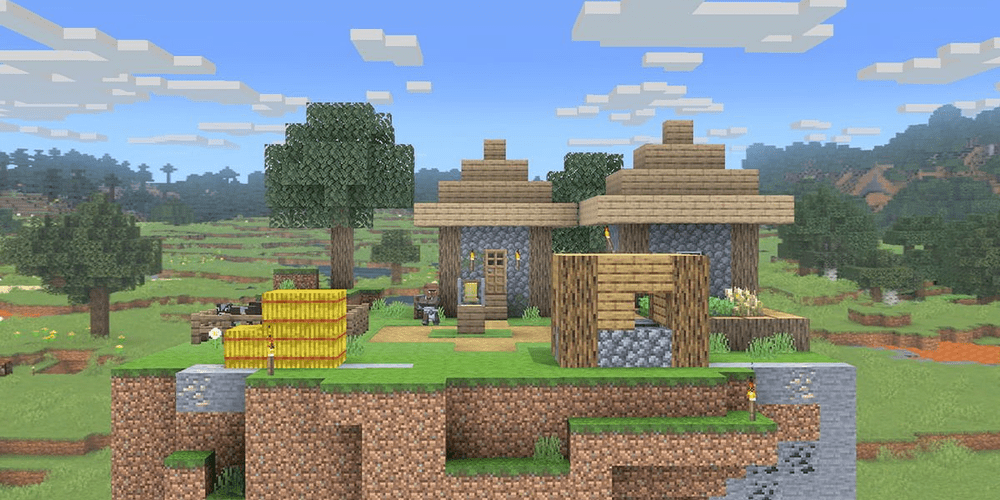 Minecraft is more than just a game now. It’s a subculture and a whole family of games, venturing out into different genres. The next step, logically, is going beyond the realm of video games. And this is what Mojang is doing, releasing board games from the Minecraft universe. The two titles already announced will be released later in 2022.

One of these games is called Minecraft: Portal Dash. It’s a cooperative game in which players escape the Nether dimension and so need to sync their efforts. They mine for resources and erect buildings while fighting off attacking mobs, wave by wave. This game, remaining Minecraft to the bone, is more dynamic, and while it still has gathering resources as a crucial element, it’s more focused on monsters and fighting. The price of the game in the U.S. will be $39.99.

The other game, Minecraft: Heroes of the Village, is meant for younger players. This is also a cooperative game in which players need to protect their village from Illagers together. One of the cutest things about Heroes of the Village is that a player has an animal companion. This game is more affordable, its potential price being $24.99.

The publisher of these board games is Ravensburger, a famous German company releasing toys and games. It has already released Minecraft: Builders and Biomes, a game that closely follows the original Minecraft in the tabletop format. The spinoffs, though, will retain the style but review the gameplay completely. Portal Dash is meant for those who thought the original game needed more monsters. Heroes of the Village, on the contrary, is meant for younger players so it’s lighter in tone.

Do you like board games? Have you ever played Minecraft: Builders and Biomes, and if so, did you like it? Which other board games would you recommend to Minecraft fans? Let’s drop some names and discuss some games in the comments!